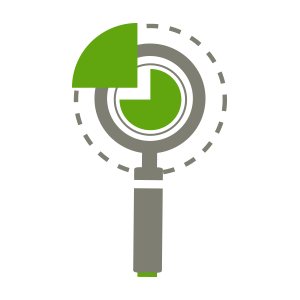 U.S. stocks began the week poorly, with declines approaching -4%, a pace that continued despite attempts at a comeback. The prior week’s high CPI number seemed to be contemplated further over the weekend, with negative sentiment carrying through. Markets improved a bit Wed. in a ‘relief rally’ of sorts after the Fed came through with the rumored 0.75% hike. However, rising worries over a looming recession challenged markets again later in the week, as it is clear the Fed is prioritizing inflation fighting over recession avoidance.

Every sector was in the negative last week, led by energy stocks which corrected by over -15%, following a sharp drop in the price of crude oil, upon which the group’s fate is obviously most heavily tied. Normally defensive utilities also fell back by nearly -10%. Real estate declined by around -5%, in keeping with other major sectors on the week.

The total bear market decline from the Jan. 3 high has now reached -23% for the S&P 500. This is in keeping with the median pre-recession drop in the post-war period (around -24%), so conditions aren’t off-base from historical norms during these types of ‘potential recession on the horizon’ periods.

Foreign stocks fared a bit better than U.S. equities, despite the negative headwind of a persistently-strong dollar. Emerging markets fared marginally best of all, with minimal declines in China leading the group ‘upward’. Conditions in China have started to improve from dire levels, both with lockdowns but also based on government stimulus help; in fact, China’s cycle is already ahead of the rest of the world in a new cycle beginning.

The ECB put in ‘anti-fragmentation’ measures in place last week, meaning a greater flexibility in bond-buying to ensure spreads between bonds of various countries (like Italy and Spain) don’t widen to less desirable levels relative to Germany and France, for example. ECB rate hikes are expected for the fall, as policy continues to lag that of the U.S., with economic conditions weaker. The Bank of England raised rates by 0.25%, with a hawkish path expected ahead as well. The Japanese yen has been in free-fall as of late, as the government there has insisted on a dovish policy and cap on long-term interest rates. This has been due to demographic factors as well as high debt-to-GDP levels.

U.S. bonds continued to fall back, as interest rate rose, absorbing the Fed’s actions and hawkish tone. The 10-year treasury almost reached a yield of 3.5%, its highest level in a decade; however, futures markets looking out several years don’t see much upward movement baked in beyond this point. Treasuries fared a bit better than corporates, especially high yield, which fell back sharply with rising rhetoric and fears of a recession. Recessions obviously challenge highly-indebted marginal firms, with higher financing rates coupled with lower revenues. Foreign bonds also pulled back due to a nearly half-percent rise in the U.S. dollar on the week. (The dollar index has gained nearly 10% against major developed market currencies thus far in 2022, and reached a two-decade high last week.)

Commodities saw a pause in their winning streak last week, with all segments falling back, notably energy and industrial metals. The price of crude oil fell back by over -10% to $108/barrel, with fears of rising recession risk negatively affecting demand outweighing ongoing supply constraints. Natural gas results were more extreme, with prices down -22%, in an unusual response to a fire in a Texas LNG shipping facility that will pause exports until later this year. This boosts supply that can be stashed in the U.S., while European prices responded upward. This an indication of the careful supply/demand balances in today’s commodities markets, and sensitivity of domestic supplies (causing some countries to pause exports altogether).